Professor in Visualisation / Director of Impact and Engagement 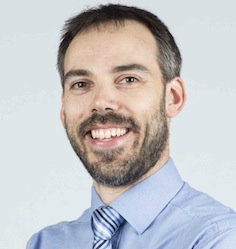 Jonathan C. Roberts is a professor in the School of Computer Science, Bangor University, UK., He was a lecturer (Kent 1999), Senior Lecturer (Kent 2004, Bangor 2007) and became a professor in 2015. His research is focused on data visualization, visual analytics, human computer interaction and computing pedagogy. He is interested in how to analyse, visualise and interact with data, and how to sketch designs and make appropriate designs. He is the creator of the Five Design-Sheet methodology, and author of the book Five Design-Sheets: Creative Design and Sketching for Computing and Visualisation, Springer Nature, June 2017. He focuses on heritage and archaeology, oceanography, pedagogy, and social networking domains, Prof Roberts’ hypothesis is that by displaying the data in several different ways, and allowing the user to highly interact with it, then the user gains a better understanding of their data.

He is the School Director for Impact and Engagement and in July 2019 started a weekly Research Engagement meetups (trebling the quantity of School news articles) and lead on Project Rainbow (continuity of learning activities, see http://csee.bangor.ac.uk/). Leads the Visualization, Data-Modelling and Graphics research group (VDMG). Is a member of the UK CPHC (Council of Professors and Heads of Computing), a member of Senate, sits on the CoESE Ethics and Governance Committee (2018-) and on the Research Degrees Committee (2018-20).

Experienced teacher, and experienced in leading others in their teaching. Demonstrated by

Jonathan Roberts' research interests cover the areas of interactive data visualization and visual analytics. He is interested in investigating how humans interact with visual depictions, explore different scenarios, and present their results. This includes from making designs and sketching ideas, developing HCI applications, developing multi-sensory interfaces, to evaluating these interfaces.

He is PI at Bangor for Supercomputing Wales, and Bangor lead for the UKRI doctoral training centre: AIMLAC (AI, Machine Learning and Advanced Computing), which provides 4-year, fully funded PhD opportunities across the broad areas of particle physics and astronomy, biological and health, and mathematical and computer sciences, and is a collaboration between the universities of Aberystwyth, Bangor, Bristol, Cardiff and Swansea (lead).

I am willing to supervise projects in a wide range of topics that covers my interests in data visualisation, creativity, modelling and AI. For instance, projects could cover interactive data visualization and visual analytics, creative computing, heritage visualisation or some aspects of Natural Language processing applied to visualisation. I collaborate with oceanographers, archaeologists and lingustic lexicographers, and so could supervise visualisation projects in these application areas. I lead the Visualisation, data Modelling and Graphics group, and my research students all program code, are computing focused, get involved with Eurograhics and the IEEE Visualisation conference, and we often publish in Eurographics and IEEE Transactions on Visualisation and Computer Graphics. I am interested in researching how humans interact with visual depictions, explore different scenarios, and present their results. I am interested in sketching ideas, developing Human-computer applications, developing multi-sensory interfaces, to evaluating these interfaces.

Example PhD project 3. Many senses. How can we develop multimodal and multi-sensory information visualisation tools? How can many senses be used together for visualisation? How can we easily manipulate data visualisations through different sensory channels, both input and output?