Since 2008, field trials have been carried out with a range of novel breeding lines and control cultivars at the Bangor University Henfaes Research Centre in the lowland part of the farm. Four breeding lines have been selected for agronomic performance in the field and glasshouse. The grain has been tested for nutritional components and health benefits. They were found to have lower glycaemic index (GI) values than oats. Selected lines were demonstrated at NIAB-TAG’s Innovation Farm (Cambridgeshire) in 2012 and 2013, and at Cereals 2013, in Lincolnshire. Two have been tested by farmers. Working with a commercial farmer, we have developed a crop for product testing and will be developing links with small and medium enterprises and larger food companies through the WISE Network.

We welcome collaboration on this trial, particularly from food industry companies and millers who are interested in food product development. The contact details are listed at the top of the page. Collaborations include:

Photographs of the trial 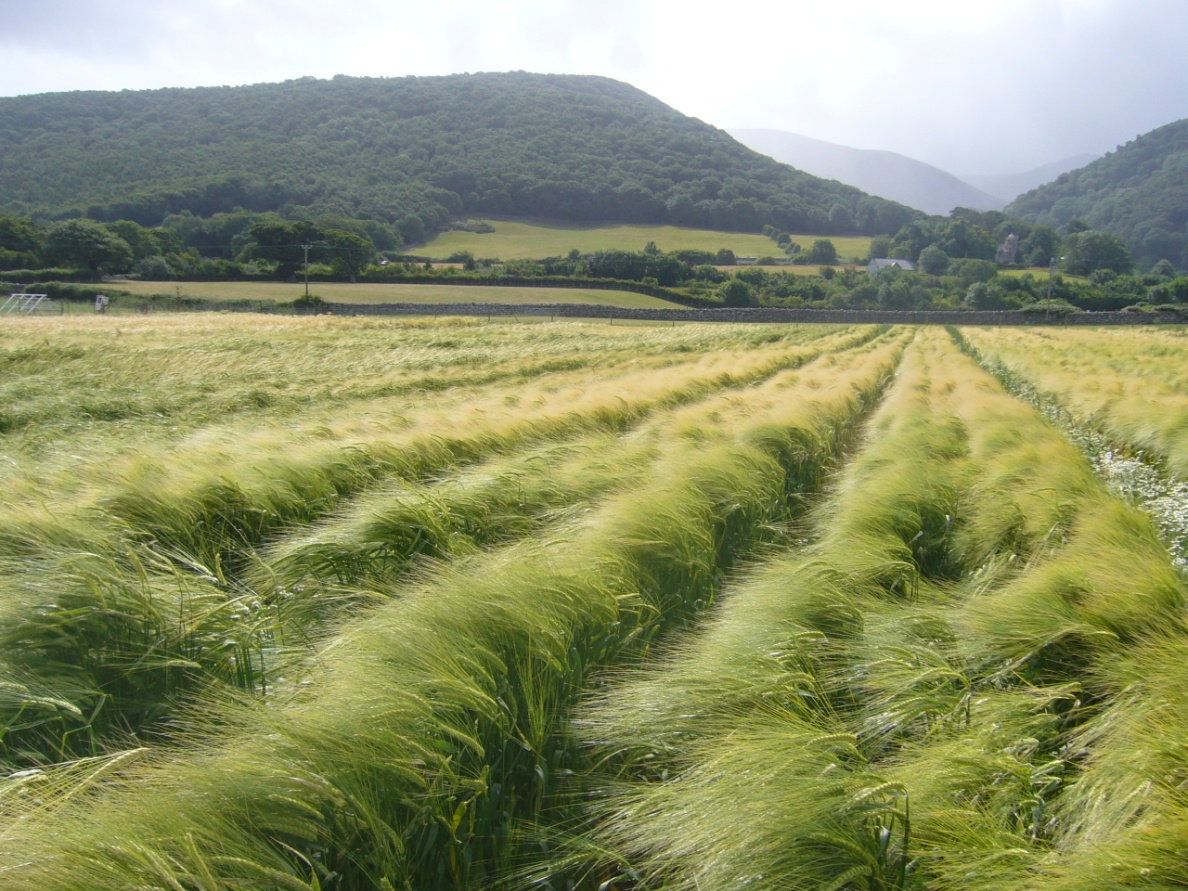 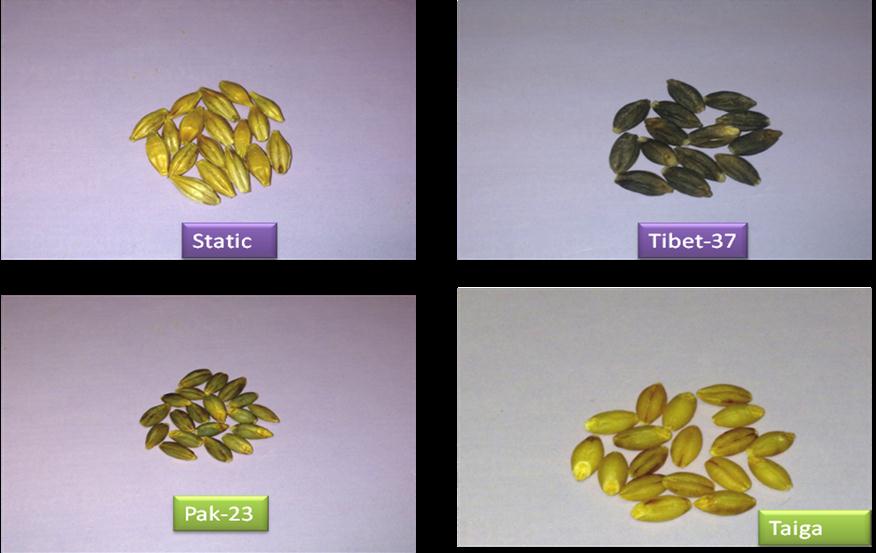 Figure 2. Image showing four barley varieties: Static is a hulled variety and the other three are naked varieties from around the world. The novel lines are derived from crosses with Static and naked varieties.