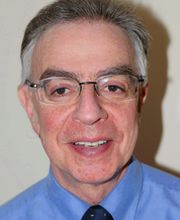 In 2002 he formed a multidisciplinary group, Collaborators in Radiological Interventional Virtual Environments' (CRaIVE), working with University departments at Liverpool, Hull, Manchester, Leeds, Bangor and Imperial College, to develop simulator models with appropriate fidelity, to remove the risks of skills training from patients. Following work with fixed vascular models for IR training in 2002, Gould applied task analysis to interventional radiology procedures (2003) using subject matter experts to identify subtasks and critical steps. CRaIVE went on to obtain funding for two large projects to develop vascular and a visceral IR simulator models, as well as further, more extensive work into procedural task analysis and performance metrics which were to act as the basis of simulator development. With Gould, Thien How and Jianhua Zhai at the Liverpool Department of Clinical Engineering have developed novel techniques for in vivo measurement of the forces generated during interactions between instruments and human tissues. These data are being used to introduce a higher level of fidelity in simulator models developed within the CRaIVE collaboration.

Gould has over 100 publications in journals, newsletters, book chapters and conferences. Since 2005 he has Chaired a European Simulation Task Force, leading to, amongst other documents, a joint EU / US Simulation Strategy. In 2008 he was appointed an NIHR Senior Investigator.