“Class of 2019 we applaud you, and we congratulate you on your achievements, and the prizes that you have won.” 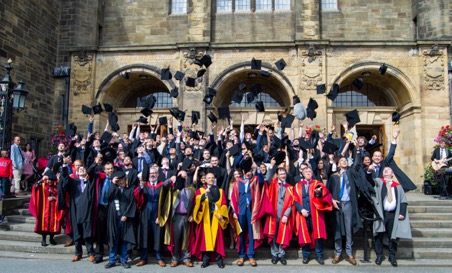 We celebrate the achievements of our graduates, and award prizes to some of our most meritorious students.  This year we had over 120 students pass through our graduation ceremony. Every student has made their own journey; learning new skills, gaining knowledge and applying their skills to challenging problems. They will be able to apply the skills that they have learnt in their careers. Some students have overcome personal obstacles, and made achievements far beyond what they felt was possible.

We are proud of each of their successes and individual achievements. Like a parent seeing their child go to University, we, as academics, are full of many emotions. We are happy to see the students complete, but sad to see them go. We are excited about their achievements, and wish them well as they develop their skills in their careers. 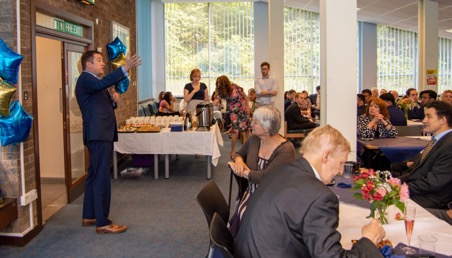 Every year, in the School of Computer Science and Electronic Engineering, we award prizes and acknowledge best academic performance. We recognise our top students from the School, and those who have worked hard and have gone far and beyond what has been expected of them. This year we gave prizes to thirteen students, and two of our students were awarded the University prize, awarded by the Senate to the most meritorious academic performance.

Every year the University Senate offers prizes to the most meritorious academic performance. The committee considered candidates from all subjects in the University. In the School of Computer Science and Electronic Engineering we are proud to announce that two of our students were awarded these prizes.

By Jonathan Roberts and Dave Perkins.