This article by John A Parkinson, Professor in Behavioural Neuroscience at the School of Psychology was originally published on The Conversation. Read the original article.

Pokemon Go is taking the world by storm. Within days of its US release, its number of daily active users caught up with longstanding apps Twitter, Snapchat and Google Maps, and it became the biggest mobile game in US history. Since then, the game has been launched worldwide, creating a user base which spends more time playing Pokemon Go than the average Facebook user spends on site.

The app is supposedly generating upwards of $10m a day in revenue from the sale of PokeCoins, and is so engaging that people have walked into lakes and fallen off cliffs while playing. 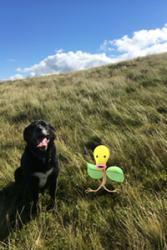 Pokemon appear anywhere there is a mobile data signal. This latest version of the Pokemon game has also been hailed for increasing physical activity in a group of individuals that have traditionally been seen as couch potatoes. Since 1980, worldwide obesity has doubled. Likewise, people are spending more time sitting down. Pokemon Go is undoubtedly a great tool for boosting physical and mental health, and could probably claim to be the most successful health app on the market without even trying to be. But why is it so motivating for some, and how can we harness this power to change other behaviours?

Each of us possesses an intention-action gap (IAG). This is the discrepancy between our ideal self – what our values and intentions are – and our real self, that is what our actions actually are, what we actually achieve. The bigger the gap, the worse it is for us: if our intention is to spend 30 minutes a day being active and yet only do this maybe once a week, then we will be frustrated with ourselves and have poorer health outcomes.

The IAG concept has been studied extensively in the context of saving the planet. We might all say we want to behave responsibly and reduce climate change, but how many of us actually do things that are consistent with this, such as recycling, buying sustainable produce or reducing air miles? The theory applies equally to health behaviours too. So how do we close this gap?

The world is becoming bipolar between those that embrace exercise and those that do not. While obesity accelerates, so does the popularity of triathlons and many other sports. For some, exercising is intrinsically motivating and we need not worry about them, but the rest need a different approach.

We know from the history of behaviour change that people don’t like being told what to do. So for those who are not motivated to exercise we need to find an alternative way. Self-determination theory argues that we will work energetically to satisfy three core psychological needs: autonomy, competence and relatedness.

A person will engage in exercise if they choose to do so (autonomy), feel they are gaining valuable skills or achieving a goal (competence), or enjoying social interactions (relatedness). And that’s where Pokemon Go comes in: it motivates users because it provides a pure form of these core needs. You can choose when to go Pokemon hunting and which Pokemon to hunt. By catching and training Pokemon you gain levels and status, and walking up to 10km can hatch rare Pokemon eggs that you have found. Additionally, you can hunt in packs or with one or two close allies, or share augmented reality snaps over social media.

The game harnesses our vulnerability to a phenomenon known as stimulus-bound behaviour. Because the world is so complex and we have limited processing power, our brains automatise much of our behaviour, developing habits. These operate by identifying stimuli in the environment that we have specific automatic responses to, like braking at a red light. This stimulus control is incredibly powerful in controlling behaviour. In Pokemon Go it is harnessed by tracking specific Pokemon, PokeStops, and PokeGyms. Essentially we relinquish control over goals and actions to these stimuli, but while they can support bad habits – encouraging some to smoke, or buy that sugary coffee they don’t really need – they can also help us achieve our chosen goals.

Being the very best

There are few health apps that also happen to be fun for those who are not intrinsically motivated to exercise. Pokemon Go’s global release is a success story that we cannot ignore going forward: its impact on getting players up and moving is probably one of the greatest technological advances of the last few years.

Going forward, we need investment in research to help understand complex behaviour change and how we can use it to get the world’s population to be more active. Alongside this, it is clear that we need to invest in augmented reality, and explore how it can be used in mobile games. Pokemon was already an outright success before the app was released but there are many other brands and digital universes that could harness a similar approach to their future releases. Imagine competing in a 100 metre Olympic-style event against Nintendo characters augmented in real life, or hunting out rupees and other treasures to use in The Legend of Zelda’s Hyrule.

By using gamified augmented reality, we can close the intention-action gap at an individual level and promote sustainable healthy behaviour – without anyone even realising it.