After graduating in Law at Oxford University, I have followed a career which has bridged the worlds of broadcasting and higher education, and have spent periods working at Aberystwyth University, BBC Wales, Bangor University and television company Cwmni Da. I therefore have over fifteen years’ experience of producing radio and TV programmes and have also spent over fifteen years working in higher education. My broadcasting background lies mostly in arts broadcasting, and this is the subject of the PhD I am currently undertaking.

I teach and co-ordinate modules in the area of media practice and the creative industries more generally, both at undergraduate and postgraduate level, specialising in Radio Studies. I also supervise individual research projects for undergraduates and Masters students.

My research interests correspond to a large extent to my vocational experiences, and include the following:

Selection of radio and television productions 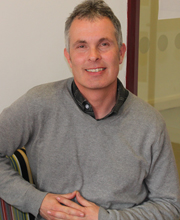