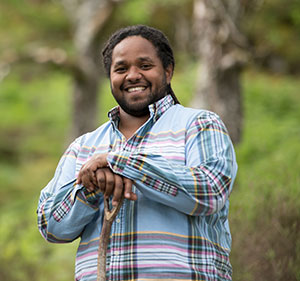 Hamza Yassin graduated from Bangor with a degree in zoology and conservation. He also has an MSc in Biological Photography and Imaging from the University of Nottingham. He is rapidly building a name for himself as a wildlife film maker, presenter, and photographer. He has his own programme on CBeebies (Lets got for a walk!) with a second series about the air. He has also recently appeared with his own slot (filmed and presented) on Country File (from 44 mins).

Hamza has very happy memories of his time at Bangor University and is giving back to his alma mater through sharing his experience in wildlife photography and film making with our students. The university have made him an honorary associate in recognition of his contribution.