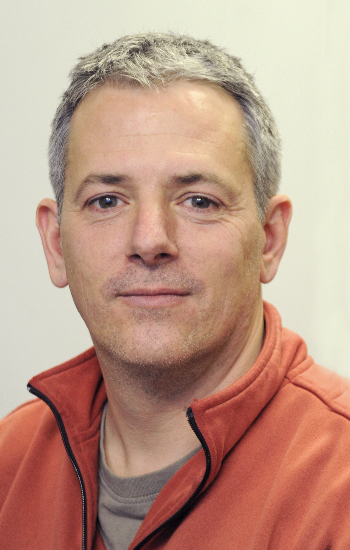 I graduated in Zoology from Cambridge University in 1990 and undertook my PhD in intertidal ecology at Port Erin Marine Laboratory, on the Isle of Man between 1991 and 1995. I remained at Port Erin for a further 6 years, undertaking two post-doctoral research posts, the first, within the EUROROCK project, addressing ecological questions on intertidal rocky shores over a European scale and the second, examining the impacts of demersal fishing techniques on benthic communities. In 2001 I was appointed a Research Fellow at the Marine Biological Association where I developed a research group in experimental benthic ecology. In 2007 I moved to the School of Ocean Sciences, in 2009 was appointed Reader in Marine Ecology and was awarded a personal chair in 2015.

I am an experimental benthic ecologist and over the past 25 years I have addressed questions in both fundamental and applied ecology in intertidal and shallow sub-littoral habitats.  Particular areas of interest include: the transport, supply and recruitment dynamics of benthic invertebrate larvae; the role of ecosystem engineers and key herbivores in intertidal systems and the generality of their effects over large geographic scales; the role of biodiversity in marine systems; the ecology of non native species and practical biosecurity interventions; anthropogenic impacts in the marine environment.   I take an empirical approach using a combination of field / mesocosm experiments  and long term surveys.

I teach a range of undergraduate and postgraduate modules in marine ecology and experimental design/ statistical analysis.

Laure Noel (Co-supervisor with Thompson and Hawkins) Species interactions during succession in rockpools: role of herbivores and physical factors. University of Plymouth. Completed 2007   Self funded

I have a range of research interests in which PhD projects could be developed.  Please contact me by email in the first instance regarding any of the following areas:

CNPq, Brazil  López  MS and  Flores G £18,000  (Jenkins SR-Overseas collaborator) Assessment of the persistence of the invasive bivalve Isognomon bicolor after its mass mortality on the SE coast of Brazil: distribution, abundance and re-colonization of intertidal rocky shores.  July 2014- June 2015.

FAPESP, Brazil  López  MS and Jenkins SR £40,000 Risk allocation hypotheses and trophic cascades: the effect of variable risk predation environments on the feeding behavior of the herbivorous Littorina obtusata and the induced defenses of the macroalgae Ascophyllum nodosum.  July 2012- June 2013.

CNPq, Brazil(Process 475681/2011-8). RA Christofoletti, SR Jenkins, MT Burrows and AM Ciotti. US$ 25,000. Balance of top-down and bottom up processes regulating a prey-predator system on intertidal rocky shores: an interhemispheric comparison. 2012-2013